Cape Split is one of the most iconic trails in Nova Scotia. I was thrilled to return after more than a decade. As of 2021, you can hike Cape Split as a loop, with stunning views of the infamous Bay of Fundy from both the Minas Basin and Scots Bay sides. Whether you’re from Nova Scotia or visiting from away, I’d highly recommend adding Cape Split to your list.

Cape Split Trail has seen some serious upgrades over the years. In fact, the 450-hectare peninsula was just designated a provincial park in 2019. When I hiked several years ago, the trail didn’t have signs and was not maintained. A secret place for the locals. Today, the expanded parking area and highly-groomed trail system have made Cape Split Provincial Park a must-see destination. In my humble opinion, it’s still one of the best hikes in Nova Scotia.

This post includes affiliate links. If you make a purchase through one of the links, I may receive a percentage of the sale at no extra cost to you.

The Cape Split trailhead is located at the end of Cape Split Road in Scots Bay. If you’re travelling from Halifax, take the Trans Canada (Hwy 101) to exit 11 toward Greenwich/Wolfville. Turn right onto the Greenwich Connector and continue straight on Hwy 358. You’ll drive through Port Williams and Canning. Don’t forget to stop at The Lookoff for the best view of the Annapolis Valley. Highway 358 will take you all the way to Cape Split.

Cape Split Trail begins in the forest on a nicely-groomed gravel path. I started on the Minas Basin side and returned along Scots Bay. Several lookoffs break up the trail with noteworthy Bay of Fundy views. My GPS tracked approximately 16 km on the loop in about 3.5 hours. The official trail distance is 13.2 km. I’d suggest budgeting between 4 to 5 hours (especially if you’re a shutterbug).

The trail isn’t overly thrilling for the first few kilometres. After three kilometres, the Minas Basin Lookoff platform takes you out of the forest. The trail elevation gain isn’t drastic, but you’ll get some good exercise. The Minas Basin trail is the more direct route to the Cape Split Lookoff. Practice caution on the cliffs; several accidents have happened in the past.

I’d recommend sturdy hiking boots or trail runners for walking on rocks and roots. If it’s raining (which is common in NS!), this trail can become quite muddy. Don’t forget your rain shell (I use this one). Hiking poles can also come in handy (I use these).

The Scots Bay trail was completed in 2021. Back in the day, Cape Split was an out and back, but now can be completed as a loop. I was very impressed returning along Scots Bay. The new upgrades and lookoffs add to the trail’s variety. When I visited in September, the Big Cove and Lobster Hole lookoffs were accessible, but the Scots Bay Lookoff wasn’t open yet.

When you’re hiking Cape Split, you’ll notice signs urging visitors to take care of nature. Cape Split has separate garbage, recycling, and compost bins at the trailhead. As a visitor, there are several things you can do to leave this trail better than you found it.

Pack it in, pack it out: Don’t leave any litter behind on the trail—including food scraps and dog poo. If you’d like to go a step further, bring a bag to collect litter as you hike.

Stay on the trail: NS Parks has built beautiful trails—use them. Straying from the trail can cause lasting damage to the landscape. If you’re unfamiliar with the area, there’s also the risk of becoming lost. Better to stick to the marked path.

Keep wildlife wild: Don’t feed or get too close to wildlife. Respect their home and be a courteous guest.

The Bay of Fundy has the highest tides in the world and an abundance of wildlife. It’s also where I first learned to love the outdoors. Surprisingly, very little of this internationally acclaimed bay is actually protected. The Musquash Estuary in New Brunswick is the only Marine Protected Area (MPA) in the entire Bay of Fundy.

MPAs are legally protected from human activities that negatively impact marine ecosystems. This protected status helps preserve the biodiversity of our waters. Flourishing oceans provide sustainable food sources and help regulate the earth’s climate through carbon absorption. Another way to help conserve the Bay of Fundy is to advocate for increased protection. Learn more at protectbayoffundy.ca.

Read more: How To Make Your Outdoor Adventures More Sustainable

Sometimes it’s hard to know exactly what you’re getting into before you go. Hiking Cape Split requires a few hours of energy. Come prepared with your hiking essentials for a day outside. Here are some things you might want to know beforehand:

Water: You won’t find freshwater along the trail. So I’d suggest bringing at least two litres of drinking water.

Weather: The weather can change quickly on the coast. I recommend bringing warm layers, including a shell (rain jacket).

Children: Young children require supervision on the Cape Split Lookoff. There are no railings and high cliff drops.

Rules: Camping and campfires are not permitted. Dogs must be on a leash. And nothing can be left behind.

Things To Do Near Cape Split

I grew up in Nova Scotia’s Annapolis Valley and it’s still one of my favourite places to explore. Though I usually recommend visiting in summer or fall. On your way to Cape Split, don’t forget to stop for the valley view at The Lookoff. If you’re craving more adventure, check out Blomidon Provincial Park about 20 minutes from Cape Split. There are plenty of overnight camping and hiking options, and a beautiful beach to explore. Head over to Wolfville for delicious food when you’re done. I’d recommend The Real Scoop for a sweet treat.

Have you hiked Cape Split in Nova Scotia? How was your experience? Leave a comment below.

Thomas is currently participating in the 11-month Ocean Bridge program through Ocean Wise, a globally-focused conservation organization on a mission to protect the ocean. As an Ocean Bridge Ambassador, he is creating a series of blog posts for the outdoor community to share information and spark motivation for ocean and freshwater conservation in Canada. Thanks for reading!

Devon River Valley Trail Near Edmonton, Alberta
10 Day Hiking Essentials: What to Bring on a Hike
Top of Twillingate Trail: An Easy Newfoundland Hike (With Views!) 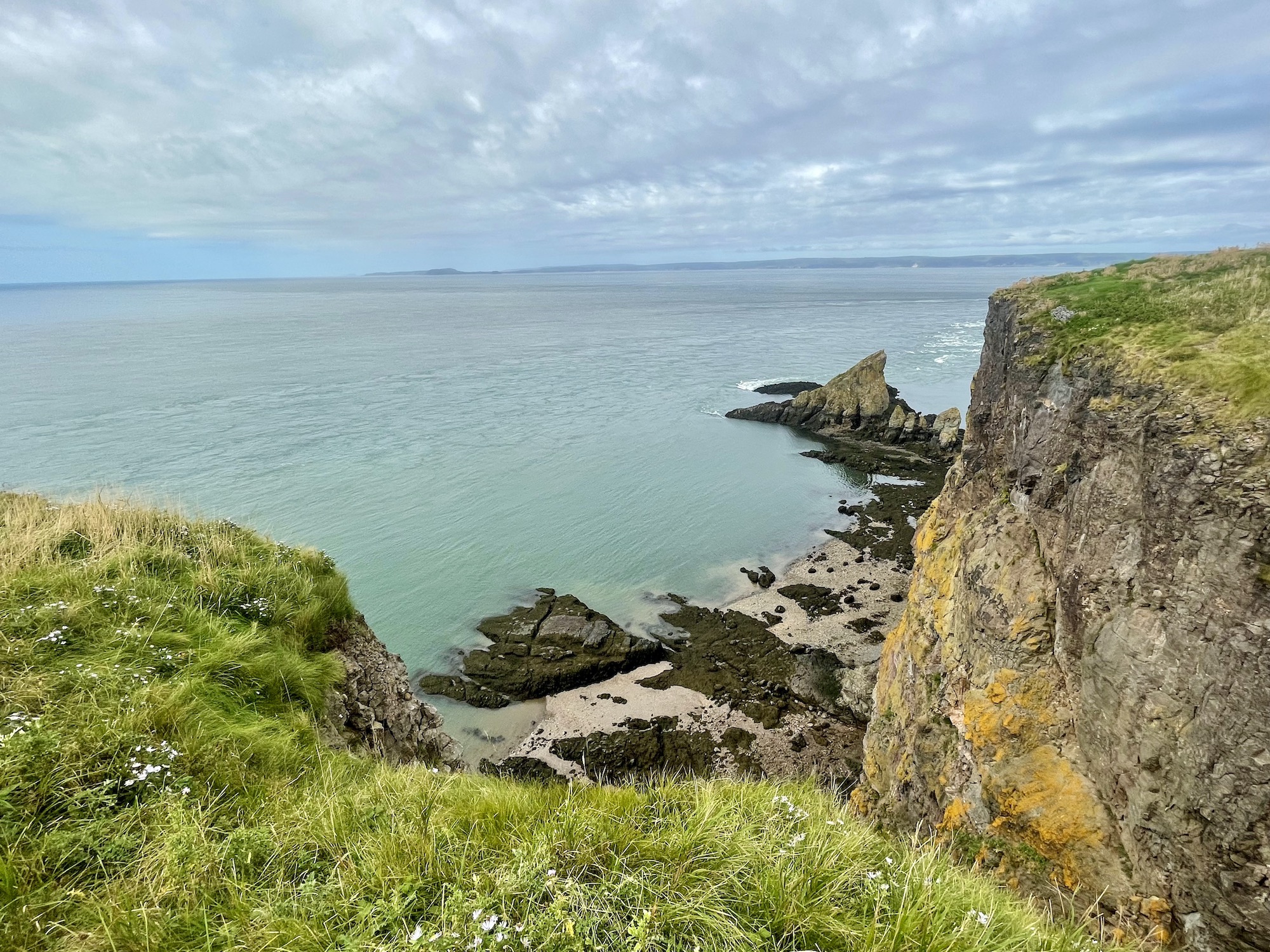 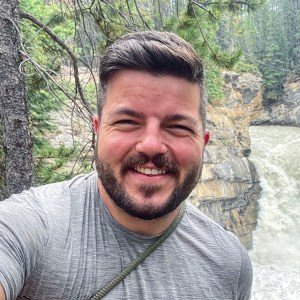